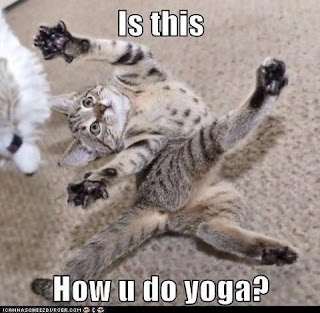 I spent last week at an intense yoga retreat. Intense and yoga should not be used in the same sentence. In fact that entire sentence is an oxymoron.

You're probably thinking, "Oh wah! A yoga retreat? Quit complaining!" But bear with me, please.

The "retreat" (and I use that term very loosely) was a week-long intensive training to complete my certification as a Registered Holy Yoga Instructor. I was at this so-called retreat with about 50 other people, from all over the country, who were also completing their yoga training. It was an amazing time of worship, bonding and stretching; and a crash course in getting to know the muscles in my body that had apparently been on vacation on a tropical beach for the past few years.

Did I mention that we were stretched?

There was very little rest or relaxation involved in this - we were up early and on our yoga mats by 7 am. Yes, you read that correctly. For those of you who don't know me well, the very idea of being anywhere but in my bed at 7 am is anathema to me!! Especially before 3 cups of coffee and breakfast. So you can imagine what was going through my head as we began to stretch and move at that absurd hour: "These people are trying to kill me!"

On the second day, the morning yoga hour was followed by breakfast, then a very full schedule of workshops on yoga poses, lectures on anatomy, a light lunch and some Bible study thrown in for good measure. After dinner we got to hit the mat once more for something called "Power Yoga." I have no idea who came up with that idea, but they obviously have an affinity for torture. This confirmed my initial suspicions. 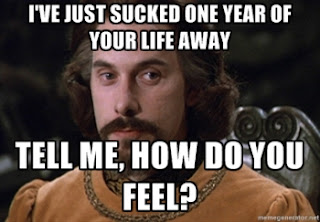 By the third day, my butt was so sore it was actually numb. This was from sitting on my yoga mat while listening to those previously mentioned lectures and workshops for three days. And then I got a cramp. In my right butt cheek. Not in the usual gluteous maximus butt cheek muscle, but somewhere deeper...somewhere mysterious and terrifying. Somewhere where no muscle should even be, let alone one with a cramp. So, that was fun.

On Friday we had to design a short Holy Yoga class of our own to teach to our fellow yogis-in-training. This was actually fun and challenging, because we could show our "class" how to get into specific yoga poses and connect a worshipful experience to the poses. My class became experts at breathing deeply while in Corpse Pose. After 10 minutes of that however, it was suggested that I teach them something a bit more vigorous.

By Saturday I didn't want to go home. I was having so much fun! I was enjoying the fellowship and worship experience that is Holy Yoga, and I was really getting into the physical challenge of yoga! Who knew?

I never expected God to show up on my yoga mat (at an absurdly early hour) and teach me something about myself. After all, I'm 49 - I'm in the "middle" of my life, and I figured I must know myself pretty well by now. Ha! 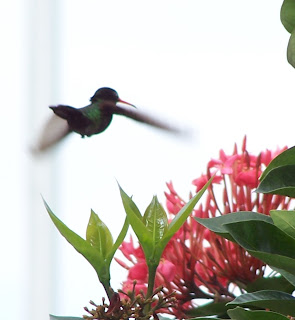 We have a hummingbird.

Or I suppose, a hummingbird has us. After all, we live in his territory. And we never thought to ask permission to move in, we just did. I often wonder what he thought about that. It probably made him grumpy. If I had been away on my annual migration and come home to find a large boxy house planted smack in the middle of my territory, I'd be pretty grumpy about it. Even if it did come with flowers.

At any rate, our hummingbird has been in the yard for several years, and makes his rounds several times each day, surveying his empire. He carefully checks on each plant in our back yard as if he planted them himself. I don't suppose he remarks on how much they've grown or if he even notices that they need to be watered. He pays very careful attention to the blossoms on the apple tree, and the flowers in the side garden, harvesting what nectar he can find. Then he diligently checks each and every succulent, cactus, flower, herb and vegetable to see if any of them have blossomed yet. It is his job, and he is very good at it.

One day I sat outside our on the patio and waited for the hummingbird to stop by. He did, of course, because that is his routine. He didn't seem to even notice that I was there, although he may have been scolding me the whole time. I have not yet learned to speak hummingbird.

The most curious thing about our hummer however, is that he's a voyeur. He is a tiny peeping-Tom. He likes to peek inside our windows. At first we thought he might see flashes of color in our house and was investigating. And then I thought perhaps he saw his own reflection and was threatening a perceived enemy which might have strayed into his territory. However, he does this every day and does not seem to be upset by what he finds.

The hummer hasn't slowed down long enough to explain why he peeks in our windows. Yet each day at noon, and again at 4:00 pm, the hummer flies up to the windows in the living room and hovers in front of each one. Then he maneuvers over to the side of the house and looks into each of the windows of the family room, and the french door in the kitchen. In order. Every day. Twice a day.

Perhaps its a hummingbird form of prayer. Each day the hummer pauses to catch a glimpse of a realm which he can perceive, yet cannot quite grasp. It's as if he's peeking into another dimension, where beings so different, so "other" than him, reside.

We do the very same thing. Every Sunday morning, and perhaps at other times on other days, we try to catch a glimpse of God. We know God is there - we've seen the evidence, we've heard the stories, we've read the Bible. We know that God somehow hears our prayers and answers them, even if we are unsure of the exact mechanism for that process. Yet we still crave the chance to catch a glimpse into that other dimension, where beings so different, so "other" than us, reside. We too are tiny peeping-Toms, hovering by God's windows, yearning for answers.