Shock value and happily ever after 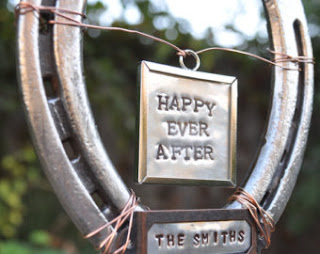 Twenty-four years ago I married a guy.

It seemed like the perfect thing to do at the time. He was a lot of fun, I thought he was kinda sexy, and he was exactly the opposite sort of person than me (you know, that "opposites attract" thing.) And then there was the shock value. I often thought it would make a great story - the artsy writer from Boston marries a bull rider from Oklahoma and lives happily ever after.

Granted, I'd spent the previous year drunkenly meandering through my life, often in panic mode. I really had no idea what I was doing from one day to the next, but I knew I wasn't happy.  I was stuck in a job I detested, (in the accounting department of a bank, no less!) and that biological clock ticks VERY loudly when you're 25.

So I married a guy. We did not live happily ever after. In fact, we have been divorced exactly the same amount of time that we spent being married.

Looking back though, I smile. We did have a lot of fun!


We played Canasta and drank beer with friends in our little trailer house on an ostrich ranch in Texas, every Friday night.

We partied like it was 1999, and stood on the roof of our little bungalow in Las Vegas watching the fireworks as the year 2000 rolled in.

We once took a camping trip with the intention of going fishing, only to discover that the lake had no water in it, and hadn't had any for almost a decade. I learned that the fact that it is blue on a map, doesn't really mean anything.

Then there was the time he gave me a set of French doors for Mother's Day.  I wanted them installed in our bedroom, so we could walk outside and sit on a nice backyard patio. When the doors were still sitting by the side of the house in September, I took a sledge hammer to the wall. Sledge hammers have a funny way of motivating people.

OK, so most of our misadventures were my fault, but I laugh at all of those memories now.

So remember, boys and girls: shock value is not a very good reason to marry someone. But if you do, make as many good memories as possible. You just might live happily ever after. 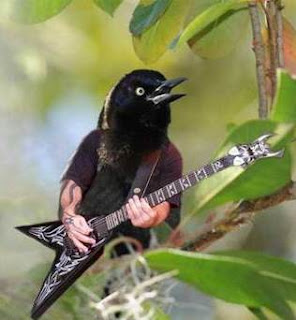 So our son is moving out.

He actually has a pretty sweet deal. He graduated from high school last year, and is working full-time. He has his own "man cave" in our house, complete with sofa, coffee table, game systems, mini-fridge, and lots of friends who crash there. He pays rent, but also has the unrestricted use of our laundry room, full-size fridge, and the coffee maker. He pretty much comes and goes as he pleases. So, not a bad deal, right?

I was 19 once, and I remember that I couldn't wait to move out on my own. So I really do get it. But when he asked me to go looking at apartments with him today, it kind of threw me for a loop, which I didn't expect.

I am becoming "that woman."


The woman who - even though I've been through this once before when our daughter moved out -  can't help worrying that my child will starve to death. Or forget to pay the electric bill.

The one who panics and thinks, "...but he's my baby! How can he possibly want to live on his own?!"

The woman who sees two-year old children screaming in McDonald's and sighs, telling their harried moms "I miss those days..." (and really mean it!)

And the funny thing is, we don't even have an empty nest!

We have three other kids living here! And at any given moment there is a great likelihood that one of their friends is crashing on our sofa. We have an open-door policy, in that regard. However, by August, two more of our kiddos will be moving out and across the country to go to school. That will leave only one in the nest for the next few years.

Maybe by the time the last one flies away, I'll have pulled myself together, and figured out how to live in an emptying nest. 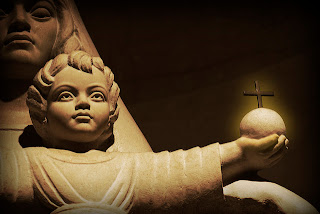 They say that confession is good for the soul. (I have no idea who "they" are, but they are probably correct in this case.) And, of course, James the brother of Jesus, said "Confess your sins to one another and pray for each other."

What I am about to confess is not really sinful. Or, at least I haven't found a prohibitive verse in the Bible, specifically referring to my own situation. So here goes:

I AM AN ENIGMA!

There. I said it. Whew, I feel better already!

Well, this enigmatic thing has bothered me for some time. You see, I was an English Literature major in college. I went on to earn a Master's degree and I am a Pastor in the RCA. There are, shall we say, certain expectations and assumptions about people like me. And I don't think I live up to those expectations.

And so, I hereby confess that:

I watch The Walking Dead, Doctor Who and The Following.

I listen to Rammstein, and other Industrial-type rock. Sometimes I listen to other genres, but:
I love Ice Hockey! Even the on-ice fights.
I have a warped sense of humor.

I realize that putting all of this out there is just asking for backlash. I mean, a Pastor who admits enjoying violent TV shows and sports? An English major who reads horror novels? What's with her obsession with loud music, and the Un-Dead? What do you mean baseball is boring?? What on earth is she thinking?

I simply want to admit being an enigma; a puzzle; a complicated being who cannot be stereo-typed. I am an enigma, and I'm proud! I think that secretly, we all are.